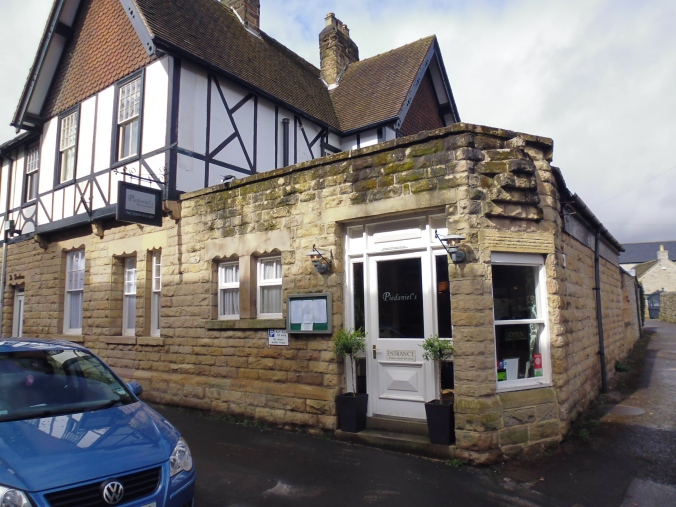 My wife finishes her plate of crab risotto with a contented sigh. “I don’t think I’ve ever had a complaint about the food here,” she says. I nod. Me, too. Although we did think that portion of boeuf bourgignonne for our son-in-law one Sunday was a bit on the small side for a chap.

But it tasted so good it wasn’t worth more than half a grumble. We are at Piedaniel’s Restaurant in Bakewell for lunch after a morning’s shopping at the farmers’ market. We’ve been coming here, grumble-free, on and off, ever since it first opened in September 1994.

That’s because we like the place, the food and the fact that it’s always consistently good. There’s nothing worse than having a terrific meal one visit, a let-down on the next.

The restaurant, in a timbered house in Bath Street, is owned by Eric and Christiana Piedaniel. Eric is French, who trained in France, has cooked in London (Park Lane Hotel) and the Cavendish Hotel in next-door Baslow, and has spent the last 20 years giving Bakewell a taste of France. He’s from Normandy so for those who like his style of cooking he’s a Norman Conqueror!

When they took the building over it was hardly new to Christiana, who had worked there as a chef in the embryonic Fischers restaurant, now at Baslow Hall.

That crab risotto was ultra soft and creamy, sharpened with a little white Burgundy and given colour with chives. It could only have been cooked by a Frenchman. An Italian would have served that dish differently. My pork rillettes have been pressed into a semicircular cake, midway between soft and hard, and are served with toasted thyme bread and a balsamic dressed salad. It tastes lipsmackingly piggy.

The dining room is bright and airy with whitewashed walls and draped in shades of green. Large windows overlook the garden. Beams run across the ceiling. There is Sheffield cutlery.

Lunch is £16 for two courses, £18 for three (and also for dinner but not Friday and Saturday) and is a bargain. A very garlicky chicken casserole follows, with tarragon mash, and a vegetable tart, in essence a well-stocked quiche inside a pastry case made with sweet potato which gives intriguing results.

“It all seems very simple but you know that behind it all is a lot of skill,” approves my wife, enjoying her chocolate mille feuille with white chocolate sauce. “And I don’t even like white chocolate!” I, meanwhile, was very happy with my pear tarte tatin, the shortcrust, not puff, pastry, infused with fruity juices.

The first time we came here the dining room was full of hungry discontented diners. Service was very slow. There was just Eric, a chef who didn’t even have a can opener, cooking from scratch by himself in the kitchen. But when the food did come we were enchanted.

The place was called Renaissance then. Same place, same people, same chef. These days service is a lot slicker: from Margaret, who seems to have been there forever, and Ilona, the couple’s daughter.

Presentation is simple: don’t come here for a Picasso or Mondrian design on a plate. But if you want food a world away from fancy foams but concentrating on pure taste, you couldn’t do better than here. 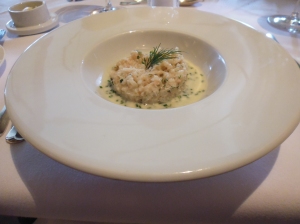