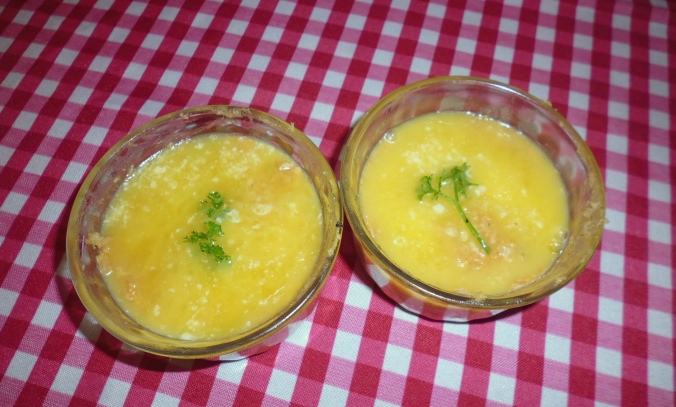 Pot up your leftover ham or other meats

I just can’t let go of Christmas. I know I’ll still be eating it in March because it’s waste not, want not, in this house. The last of a turkey is in the pan on its way to becoming a curry. Its carcass made for a lovely turkey and pearl barley soup. Meanwhile I’ve had yet another ham sandwich but there’s still ham left over.

So I’ve potted it.

We seemed to have lost the art of potting meat at home but once it was normal, a way of using up leftover meat or extending the Sunday roast. It works for any kind of meat and is so simple it hardly needs a recipe.

Take a quantity of meat and chop it up, or tear it apart between two forks, very finely. You can use a blender but it turns stuff into a paste and we’re not out to rival Bingham’s or Sutherland’s spreads: we’re up for a little texture. It’s surprising what you can do with a sharp knife and a little patience.

Then you want to spice it up a little – mace (or nutmeg), mustard, salt and pepper is fine – mix it with a more or less equal quantity of melted butter and pack it into small containers. I used a couple of ramekins.

My recipe called for mustard seeds and powdered mace, mixed with a little cider vinegar. I guess you could use made mustard, such as Dijon, then you wouldn’t need the vinegar. My powdered mace hid from me in the spice cupboard so I had to pound a blade or two with the mortar and pestle: a long job! I also added some sweet paprika as it is currently my Spice of the Moment!

The recipe called for clarified butter so as I had about five ounces of ham I melted six ounces of butter and poured off the clear liquid, leaving the milky residue. Discard it, said my recipe. Now ‘discard’ is not a word heard much in my kitchen. There’s always a use for things. I poured it into a little jar and let it set, sort of.

I used it as a glaze on my milk bread loaf and on my toast the next day. Nowt wasted!

Back to the potted meat: I mixed most of the clarified butter with the finely chopped ham and spices (I also found a little curly parsley in the garden)and packed the mixture tightly in the little jars. I sealed it with the rest of the clarified butter, waited until set and popped them into the freezer. They should last for three months. Serve with toast and a few cornichons and some chutney as a starter.

Now this recipe is almost the same as that for potted kippers, see http://wp.me/p5wFIX-2d and I have my eye on one for potted cheese, taken from Dorothy Hartley’s ‘Food in England’ (1954). “Take 1 lb of old Cheshire Cheese, shave it very thin into a mortar, and put to it 1 oz of beaten mace, half a pound of butter and a glass of sack (sweet Spanish wine). Beat and grind all together, put into a pot and leave for a while, and cut it in slices for cream cheese.”

I think my modern day version will be bits of various cheeses, grated up, with not so much butter and tablespoon or so of port or dessert wine. I’ll keep the mace (I’ve found the powdered stuff!) and probably a little paprika. And this is probably best eaten after a day or so when flavours have melded.

Hardly recipes, are they? But they do come with one extra ingredient: a little smugness from not wasting a thing. 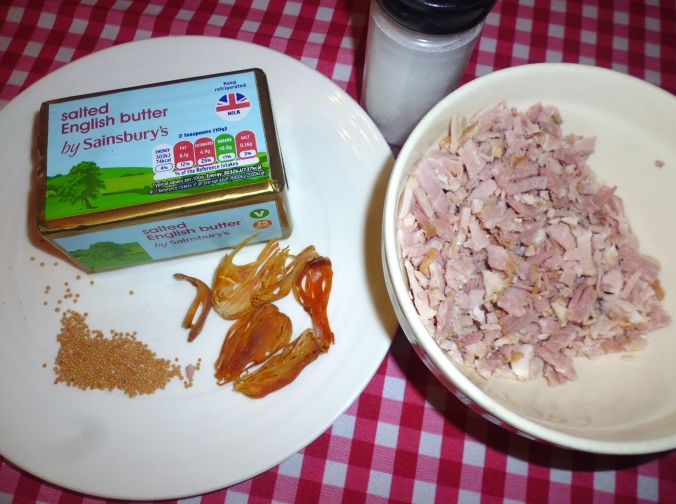 All you need: chopped meat, butter and spices