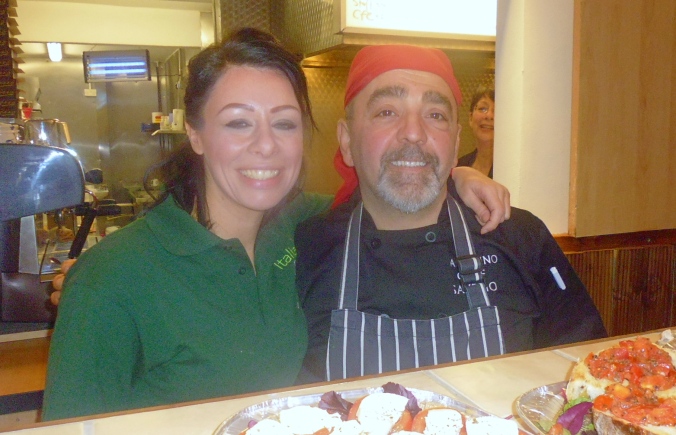 Italian restaurants are as much about the atmosphere as the food so how do you conjure that up over your takeaway pizza or cannelloni when you’re curled on the sofa in your jimjams in front of the telly?

Remember Franco’s in Crookes? The garlic bread might have been half a breadcake wiped with garlic but owner Franco D’Egido locked the door for a sing-in with an Italian version of the Wild Rover while his wife Elaine let off the balloons.

The food was much, much better at Pepe’s on South Road, Walkley, where chef Pepe Scime would leave the kitchen to provide the night’s entertainment, boast his food was from Netto and scratch his armpits theatrically to show he wasn’t being serious.

“I know,” says Kym Hall, with a sigh, remembering her family’s restaurant, Dino’s, on London Road some 20 or so years ago. “We’d be dancing on the tables and singing until 6am. But that doesn’t happen these days.”

She and her Dad Severio, a long-time city restaurateur, have just opened an Italian takeaway, Italia Uno, on Banner Cross in Sheffield. It’s not the first that does far more than pizzas: there’s Italian Express in Walkley (and they were involved in that at the start). Severio will be cooking but he’s not going to turn up on your doorstep and sing O Sole Mio.

But if the food is as good as that at the launch party you might want to switch over to Montalbano on the telly after you’ve ordered your mozzarella in carrozza and penne carbonara to complete the experience.

Barely a week or so after opening in a former kebab shop Italia Uno is already making a stir. The menu is almost dish for dish that at Walkley and looks the same as in most trattorias with all the old favourites but the cooking has a brightness and zing that brings you up sharp.

The crust on the pizzas was thin and pliable yet still offering crispness, arancini, with options of meat and veggie were lively, tasty mouthfuls while the melanzane parmigiana was a delight. Filletti di Pollo, a sort of mini Milanese, slivers of chicken breast under the crispiest of breadcrumbs, are the Italian reproach to chicken nuggets. 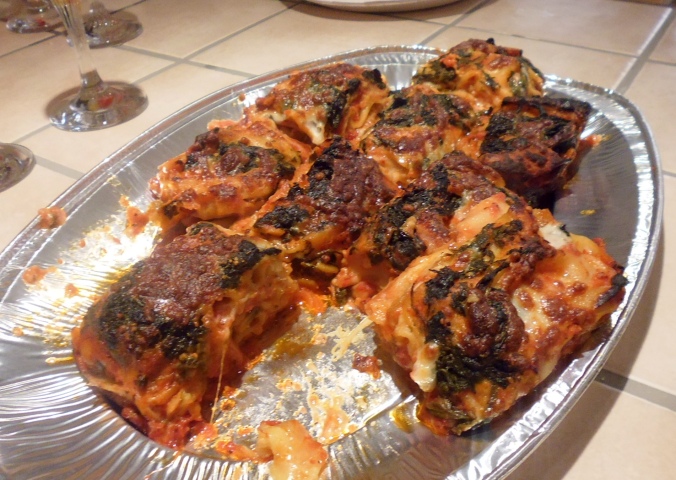 It all looks tempting at Italia Uno

And if anyone had told me I’d eat a Nutella pizza I’d say pull the other one yet Severio’s version is a treat. He wears a red bandana which gives him a shiver-me-timbers piratical air. From Sorrento, he makes several trips a year back home to keep himself in touch with the cooking.

It’s early days but some of the most popular dishes are the veggie and vegan dishes, down to Kym, a vegan herself, who has been publicising the takeaway on that online community. It wasn’t always so. She was red in tooth and claw until she found herself as a cavegirl on Channel 5’s 10,000 BC show having to disassemble a dead deer.

Kym, 33, opted out after 10 days in bearskins in frozen Bulgaria but it turned her first veggie, then vegan. So much for telling the programme makers “if I get to kill the meat that I have to eat, that is what I want to go and do.”

I ask how she can reconcile her views with taking order for meatballs at the Italia Uno counter. “Saverio gets his meat from local, responsible sources,” says the woman who still weakens her beliefs every now and again for a spoonful of honey or a ‘happy egg.’ And BC for her now means Banner Cross.

The suburb seems delighted in finding Italia Uno on its doorstep. The takeaway does deliveries for a small charge but most people like to collect it themselves. Kym, in that direct way of hers, says she is surprised. “I wouldn’t if I was sitting in my pyjamas.”