THERE’S always a moment of tension, isn’t there, when you rush to praise a dish to the head chef only to find it was made by someone else in his kitchen?

It happened to me the other day at the Rutland Arms on Brown Street, Sheffield, with a super little dessert of fennel ice cream and cucumber jelly (‘yes really,’ as it said on the blackboard menu). Coming after two classy small plates featuring octopus and duck croquettes I was bowled over by its refreshing qualities.

Unusual flavours of ice cream are not uncommon and as a lover of the aniseedy qualities of fennel I was pleased it came through clearly. As I always find the taste of cucumber elusive (it’s wasted on me in fancy gin and tonics) I was delighted it registered so brightly in the jelly. I fancy there might have been a bit of mint in it. The combination of the two was a delight.

To be fair to the Rutland’s head chef Richard Storer, or Chef Rico as he calls himself on Twitter, he didn’t turn a hair and was keen to give the credit to his assistant Kevin Buccieri. “We were all surprised how well it turned out. He’s excelled himself,” he said.

I visit it once a month to sample the food and meet old colleagues but I can’t wean them away from their butties even when I eat in front of them. They don’t know what they’re missing. Each small plate costs £4 or three for a tenner. For this you could have a burger but it won’t give your tastebuds such a treat. 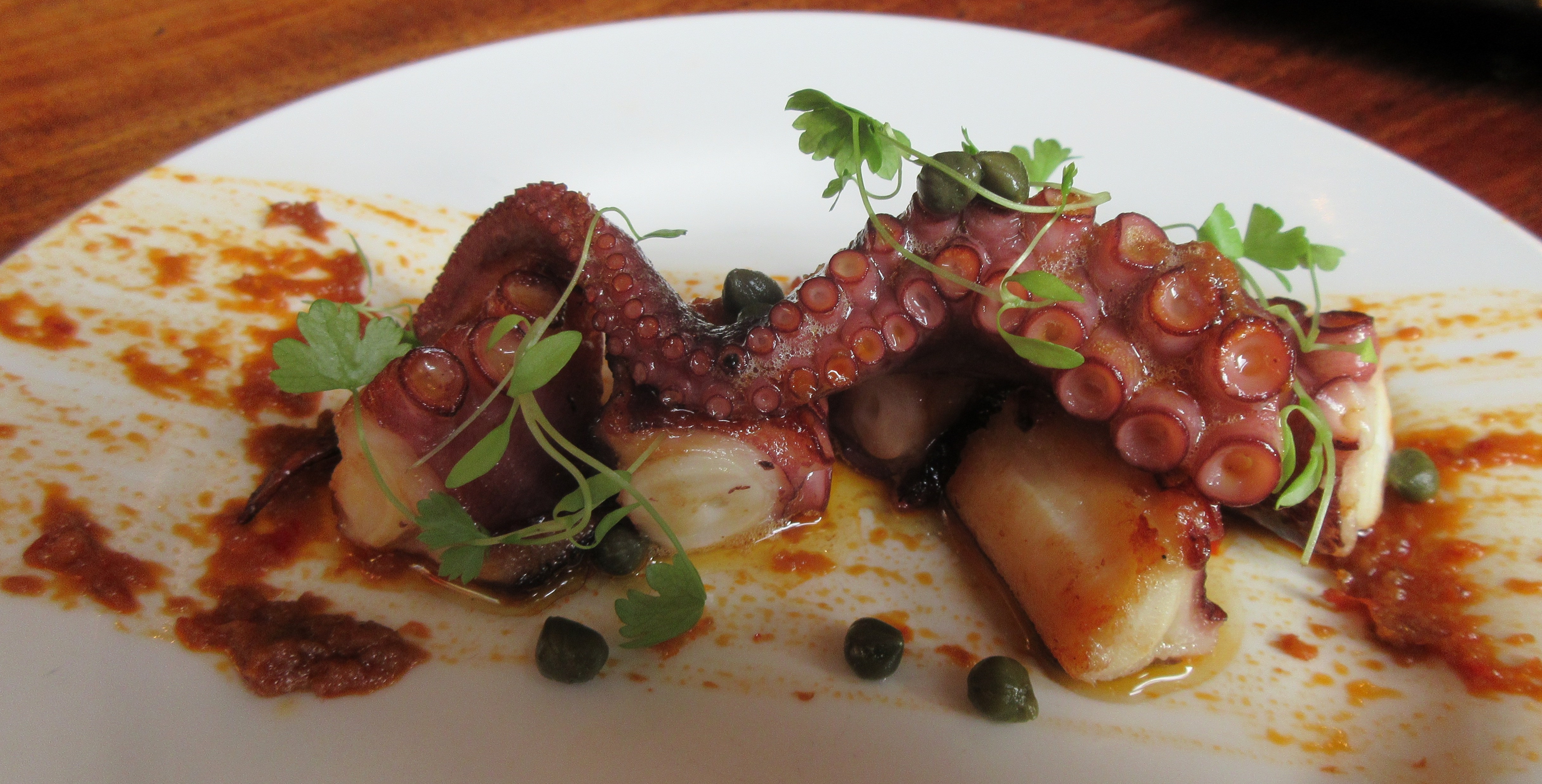 The octopus arrived as a brightly coloured tentacle lolling seductively across the plate on chopped up sections of a fellow limb. Octopus scores more for texture than flavour. This was slithery, firm and tender. The tastebuds were treated to three kinds zing: a lemon and caper butter, pickled chilli and XO sauce, a favourite with Rico. “If you see a dish with lots of foreign ingredients, it’s mine. If it looks like something that comes from a chef who does Modern British Cooking, it’s Kevin.”

The duck had been cooked like a confit and shredded into rillettes, combined with Hoisin sauce. Rico has been raiding the oriental supermarkets again.The meat was rolled into balls, given a crunchy coating and fried. They came on a salad, a nod to that classic staple of Chinese restaurants, crispy duck.

For a tenner, it was a pretty memorable lunchtime. And so was that cucumber jelly. Perfect. “Kevin was at Sat Bains’ (the Michelin-starred Nottingham restaurant) the other week. His brain has not quite recovered,” joked Rico. If that’s what it does to your cooking, I’d better book a table! 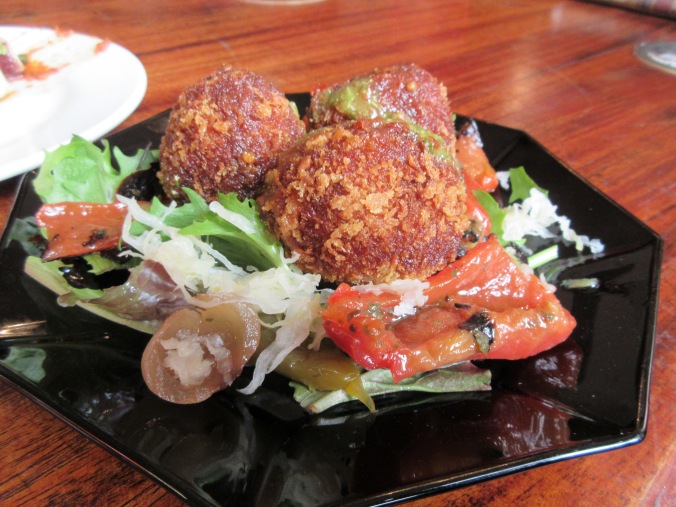