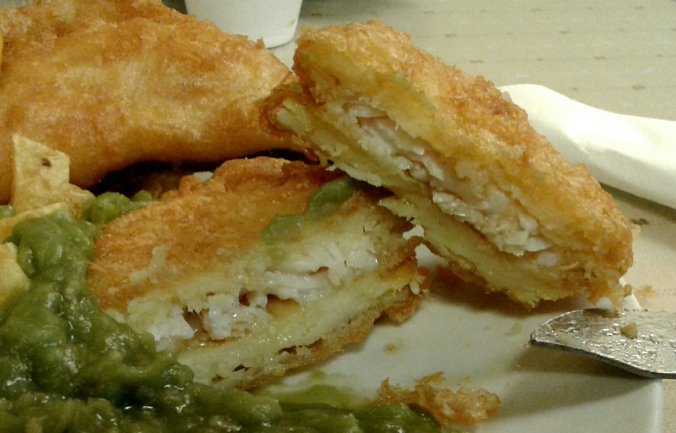 IT MAY come as a shock but to some people the very thought of Yorkshire is exotic. That’s if you come from Lincolnshire.

We are at Mantle’s weirdly named Underground fish and chip restaurant, in truth a cellar, in Horncastle where I notice Yorkshire fishcake is on the menu. I wonder if it could be anything like a Sheffield one, a layer of fish sandwiched between two slices of potato , battered and fried?

Or, as they say, batter, tatter, fish, tatter, batter.

It is. Mantle’s, run by the Koslow family, has been selling it since last year. It seems to have caught on with the locals. Mr K, pictured below, must sell three or four a day. I ask if they went to Sheffield and got the idea there or if city customers told them about it?

After all, I have heard there are several outposts in Lincolnshire where you can find this delicacy. I’d be grateful if readers can point me to more.

Neither. Mrs K said she came up with the idea by herself. I am not entirely sure I buy that! But why call it a Yorkshire fishcake and not a Lincoln one?

So she was telling me Yorkshire sounds exotic? “Yes.”

We like Mantle’s for its quirkiness. It has proper fishknives – not made in Sheffield but you can’t have everything – because that’s tradition, she said. And note the pair of scissors at each table to snip open the sachets of sauce, tomato and tartare, rather than wrestle with them.

There is haddock, cod, plaice and ‘rock’ on offer, the latter presumably being whatever is available, usually dogfish.

It’s haddock in my fishcake which has a very crispy batter. I enjoy it as we do our cod, chips and mushy peas. The food here is pleasant although perhaps not in the super league occupied by the likes of Whitby’s Magpie or Sheffield’s own Market Chippy.

But if you find yourself in Lincs pining for a Sheffield fishcake you’ll know where to come. Mantle’s just need to rename their version. 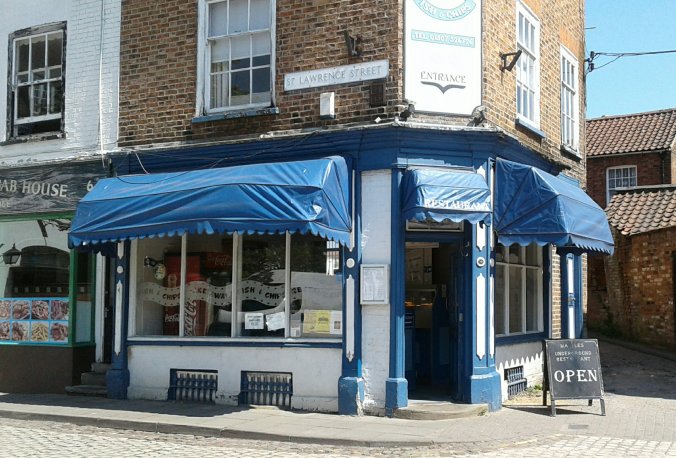