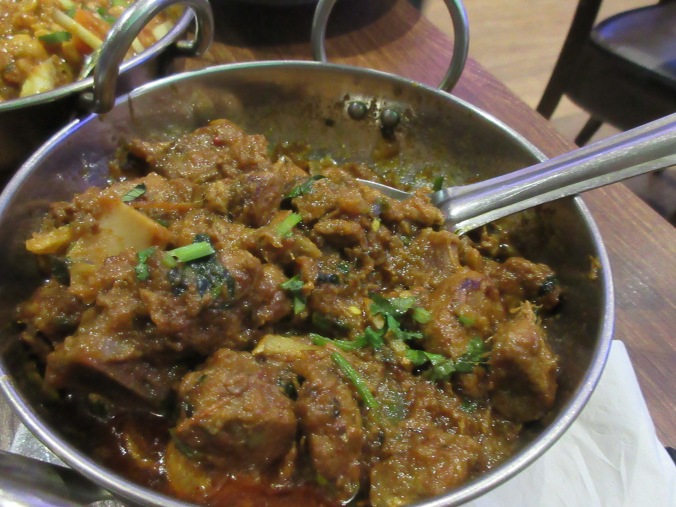 Lamb on the bone

FOREIGN restaurants go through a period of evolution when they arrive in this country. The first Indians, Chinese or Greeks might want to give their English customers a taste of what they eat back home but they soon realise it doesn’t pay to be that authentic.

Indian restaurants, in reality Pakistani or Bangladeshi, for long had dishes that wouldn’t be recognised in their own countries. Many still do. Chicken tikka masala? Pull the other poppadom!

I still remember Sompranee Low, who opened the city’s first Thai restaurant, the Bahn Nah, back in the Nineties (Sheffield has always been late for dinner compared to the rest of the country) telling me that she ” dialled down the chilli heat” for customers.

It wasn’t good business for a pallid Englishman, more used to the tranquil flavours of cottage pie or bangers and mash, to be left reeling by an authentic but fiery chilli.

So what we got was a pale shadow of a native cuisine, filtered through several layers of difficulty. The first restaurateurs may not have been natural cooks (many, particularly, Italian and Indian, were redundant steelworkers), the ingredients, herbs and spices were often not available, and Mr and Mrs English knew no better.

If they thought spaghetti carbonara came with cream and complained when it didn’t, unaware that the creaminess came from the emulsion of egg, water and cheese, they got cream.

Then things happened. The first was foreign travel. Holidaymakers in Italy realised that pasta didn’t grow on trees or come out of a tin. The sharper ones, who didn’t high tail it down to the English pubs on the Costa Brava, realised there was a difference. 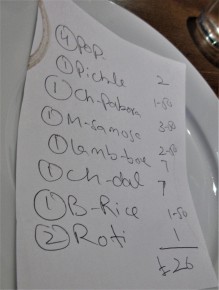 Secondly came the wider availability of exotic ingredients. Avocados and aubergines started appearing on menus, and much else.

And, thirdly, there are now other customers to please besides Mr and Mrs English: Their own countrymen and women.

Earlier on, immigrants were too poor, too busy or just not in the habit of going out to eat so there was then no need to cater for them. And they would probably have something sharp to say if they did.

When, say, the Pakistani, Chinese or Italian diasporas in Sheffield got to a certain size and had the habit of eating out and money to spend, they could support their own authentic restaurants. This is not true yet of all communities. A Thai woman told me recently: “Why should I eat out when I can cook it myself?”

So we have seen little Pakistani and Kashmiri restaurants spring up in the city, unconcerned about Anglo trade, and just think what has happened to the Chinese restaurant business with the influx of students from Mainland China. Suddenly restaurants other than Cantonese have appeared, along with noodle bars and hot pot eateries. Some have not even bothered to have menus in English.

Not too long ago my wife walked into a place full of Chinese. We were the only Europeans and the waiter confidently expected us to take one look at the menu, which contained not a word of English and leave, so he didn’t bother to come across and ask our order. We stood (or sat) our ground until he did.

I don’t suppose that would happen now as there is a band of ultra foodies who delight in finding the most obscure ethnic places and reporting their finds enthusiastically on social media and blogs. (I have followed up some rave reports with less than euphoric results.)

So where is this leading? These thoughts were triggered by a visit recently to one of those little ethic restaurants, Apna Lahore, on Abbeydale Road, Sheffield, with fellow foodie and blogger Craig Harris. Now Craig majors in Italian cuisine but is currently studying for a critical Dip Ed in Pakistani food and this is one of his regular haunts. He’s written about it here

Its sit down custom is almost exclusively Asian, although this place started life as a takeaway. I’m scanning the menu and see among the specials is maghaz, which means brains.

I have eaten brains and trotters, also on offer, before, although in very upmarket restaurants, so miss these and take Craig’s advice to order lamb on the bone. It is a robust, earthy, fiery curry with plenty of chopped bone but I am a natural gnawer so that no problem. And it’s the bone which gives it a deeper flavour.

He has ordered chicken daal, not on the menu, but basically chicken in a sauce of large, soft lentils still holding their shape.

Gutsy is the word I would use to describe both dishes, good nourishing stuff without any hairs and graces.

The decor is bright and basic and very blue. There is music but not too loud. It is of course, alcohol free. You get a bottle of water and glasses when you sit down. Most customers eat with rotis, just workaday bread in my opinion, although cutlery is available.

Two courses, with rice, comes to £26. It’s a bargain. Probably not a first date night place but one to put on your list.

We finish with unspiced Pakistani tea with condensed milk. And a plate of ginger biscuits. Dunking away, we are both impressed by these. Did they make them themselves?

“We get them from Lidl,” said Ali, our server.