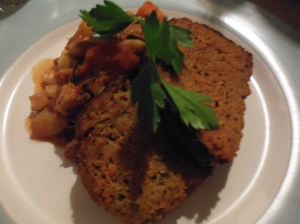 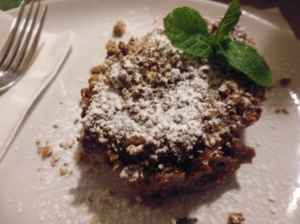 The other night my wife and I did something we haven’t done since last October. Well you can stop sniggering because we went out for a meal together. Not with the grandchildren, just ourselves. Oh and a pen, notebook and camera. When you’ve had over 1,400 meals out over 26 years of restaurant reviewing old habits die hard.

I thought I might as well, for the blog. Anyway I could never switch off when I was working. I’d always pause mid-mouthful and ask myself what I could say about it if asked. Once on holiday we went to the famous Magpie fish and chip restaurant in Whitby. “Now you’re not working, just enjoy it,” admonished my wife.

“Hello Martin, Are you going to write about them?” called a well-known Sheffield character who spotted us coming in. And I thought, why not? Lots of Sheffield people eat here on holiday so a review would be legit. My wife didn’t quite see it that way but I jotted a few notes on a paper serviette, took the odd picture, wrote up the piece and in the end the paper settled the bill. Now that’s what I call a free meal.

We were certainly paying at Remo’s in Broomhill, a place we invariably call in for coffee when we’re out shopping on Saturday. It’s got lots of atmosphere, looks authentic (the boss is Italian via Rotherham) and has very probably the best coffee in town.

Last year owner Remo Simeone finally realised his dream of expanding the place and doing rather more in the food side than a few salads and sandwiches and the odd hot dish cooked and brought in by veteran Sheffield restaurateur Marco Giove Senior. He hired his old pal Richie Russell as chef. 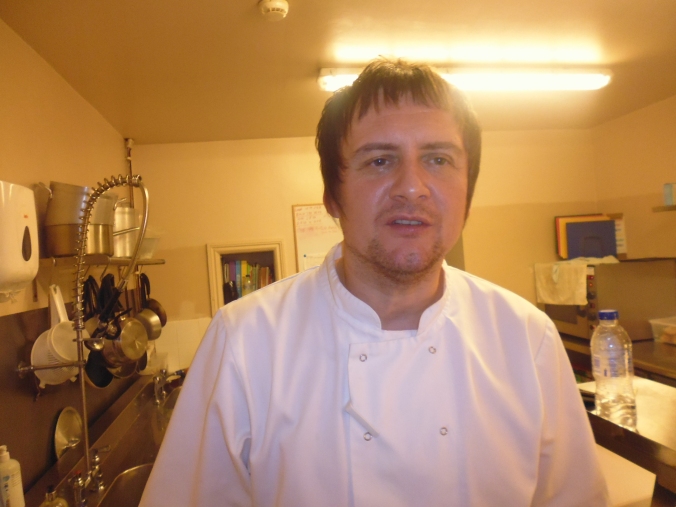 You’ll know Richie. He was the chef in that Kitchen Nightmares TV show in 2009 who memorably swapped 310 expletive deleteds (including 240 F words) with celebrity chef Gordon Ramsay at the restaurant rebranded as Silversmiths in Arundel Street. Despite this, one reviewer described Richie as one of the nicest chefs seen in the series. And so he is.

Since starting, Richie has introduced more hot dishes to the menu, which now changes every month, and there is now a monthly bistro evening. Well, chefs have to keep interested. We’ve been meaning to go and eventually did.

Soup was cauliflower, chickpeas and celery, with a background flavouring of rosemary, with a slice of ciabatta with toasted taleggio on top. Nice flavours, which is what you could also say about the asparagus and artichoke tart which followed. I followed next with Italian meatloaf (a sort of square meatball) and got two gutsy slices. The kitchen had used quite a bit of bread in the mixture but it was a good, rumbustious dish, although it cried out for a tomato sauce.

Instead, it was partnered with a bean casserole, as was my wife’s main course of baked squash with pasta and Dolcellate. It looked rib-sticking but was quite delicate, if too much with the beans. It was all good spirited stuff and the meal ended with a quite glorious orange, chocolate and Amaretto tiramisu so, with BYO and no corkage, it was great value for around £25 a head and I heard nobody swear all night.

NOTICE TO READERS FROM SOUTH KOREA, MORE ABOUT RICHIE (AND PHOTO} HERE http://wp.me/p5wFIX-lO 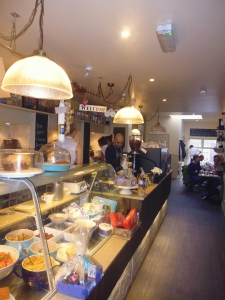