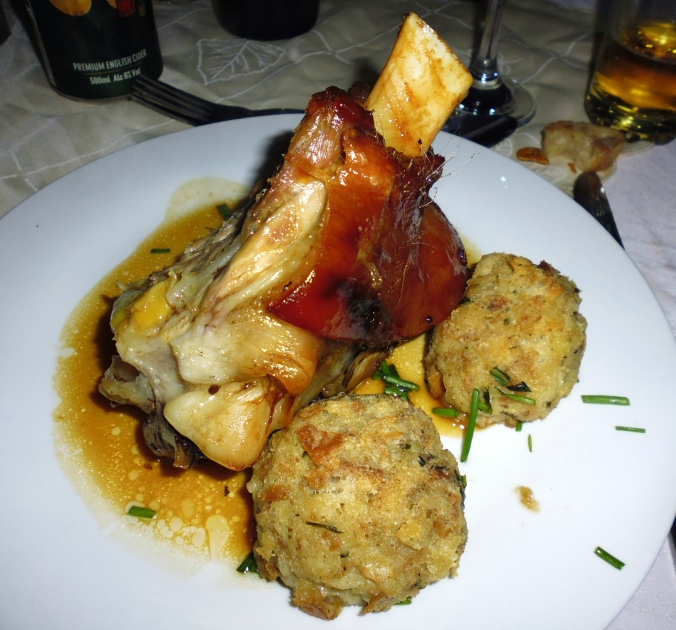 Pork shank in beer with dumplings

When two pigs heads destined for a Regather supper club featuring ‘forgotten cuts’ of meat appeared on Twitter, with David Cameron nowhere in sight, there were grunts of disapproval from some supporters more used to vegetarian and vegan meals. 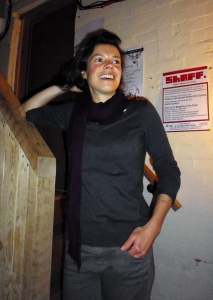 But at the launch of the trading co-operative’s new season of weekly dinners founder and organiser Gareth Roberts was unapologetic. “Food is one part of our philosophy, which is to help and support local traders and enterprises, and that includes meat as well as vegetables.”

So we pigged out, so to speak, through all three courses cooked by the delightful Marie-Joelle West, the part-German, part-French Bavarian girl, latterly from Scotland, who also runs the Poppyseed supper club. 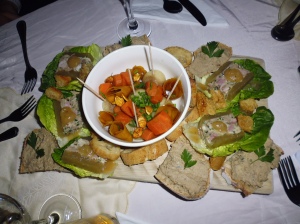 “I am rediscovering the cuisine of my childhood,” she told appreciative diners who had already wolfed down mixed starter plates of rustic pork liver pate, delicate jellied pig’s head, ham and parsley terrine, nuggets of gorgeous fudge-like crackling, sprightly pickled vegetables and a spinach soup which recalled the spring.

She’d followed up with pork shanks braised in pale ale from Regather’s own brewery, not just a Bavarian classic but loved throughout Central Europe, spicy red cabbage and herby bread dumplings. Most European dumplings will slow you down for the rest of the week but these were light, a dumpling lover’s dream.

The meal featured local products. So those dumplings were made of leftover bread from the Forge Bakehouse on Abbeydale Road, the vegetables grew up nearby and everything porky came from Moss Valley Fine Meats, whose owner Stephen Thompson, the only man in Britain with the Made in Sheffield mark for his award-winning sausages, sat next to me.

He could vouch for the provenance of Pinky and Perky (no, he wisely doesn’t give them names but numbers), two of the 2,000 pigs on 200 acres of the Sheffield family farm, now in its fourth generation.

His meat is served in top restaurants, cafes and businesses across the city by chefs who want to cook local. This accent on food from the locality, what the French call ‘terroir,’ is a recent phenomenon but has boosted trade. “None of this could have happened ten years ago. Now chefs fight over who is going to have the pigs’ cheeks,” he said.

Regather is staging a regular series of weekly Wednesday dinners which will also feature seasonal eating (veggie and vegan), a vegan only night christened Vegather and a beer club with snacks to nibble snacks while downing the co-operative’s own beers. Dates are listed below. 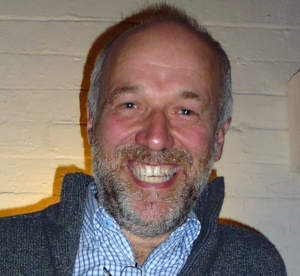 The night was attended by a lively group of around 30 or so people who had paid £25 a head to eat in the only dining room in Britain with a full-sized street lamp inside in full working order. The venue is an upstairs room in what was once a Little Mesters’ factory making horn handles. The street lamp had been outside for over a century and when it came to be replaced contractors Amey made a gift of it to Regather. It had to be winched in and only just avoids scraping the pitched ceiling. 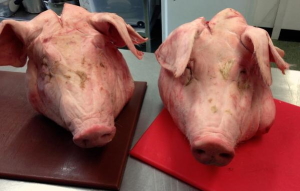 The meal finished with firm and crumbly ‘farmers doughnuts’ fried in pig fat with an elderberry and apple compote as a custard. Pretty good. Marie-Joelle plans to follow up with meals devoted to forgotten cuts of venison and turkey, no doubt with a Bavarian flavour.

For details of the Poppyseed supper club visit http://poppyseeddining.weebly.com 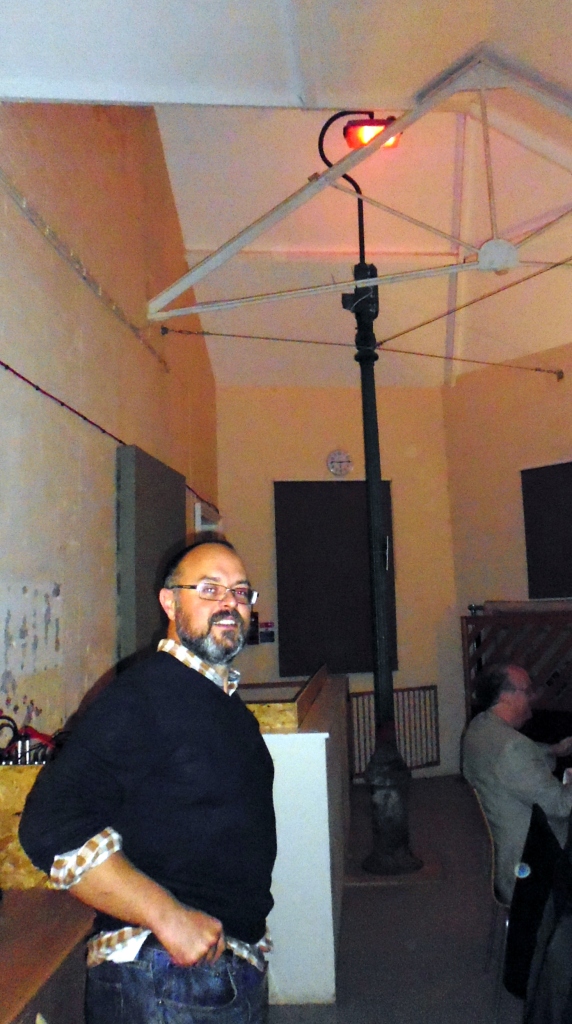